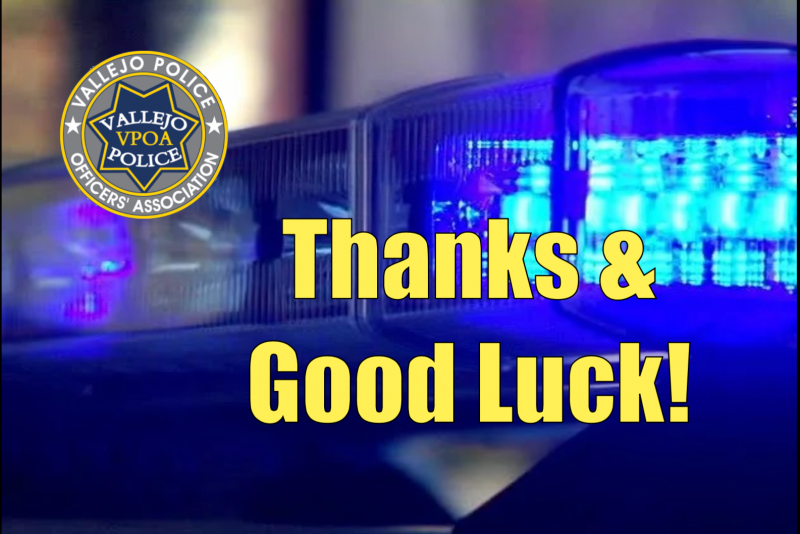 Congrats and Thanks for Your Service!

The Vallejo Police Officers’ Association is sad to announce the retirement of two more veteran police officers, but also want to congratulate both of them on their long and stellar careers.  Sergeant Richard Wanzie (27 years of service) and Sergeant Daniel Acfalle (25 years of service) both recently retired with a combined total of 52 years of experience.

Sergeant Wanzie most recently supervised the Community Service Section (CSS) while Sergeant Acfalle supervised a patrol team.  Both held multiple ancillary duties and their experience and leadership will be greatly missed by the Department.  Rich was a member of the Hostage Negotiation Team, previously supervised the cadet program and also worked in the Traffic Division.  Dan was a member of the SWAT team where he served as a sniper and sniper team leader and previously also worked in the Traffic Division.  Prior to becoming sergeants, both were corporals and spent years training many new police officers as field training officers.

The retirement of two veteran members of the VPOA leaves a void that cannot be quickly filled. Unfortunately, this leaves the Vallejo Police Department with only 87 sworn police officers; we are short 43 police officers.  We wish both Rich and Dan a happy retirement and encourage the citizens of Vallejo to demand improved leadership and recruitment activities.