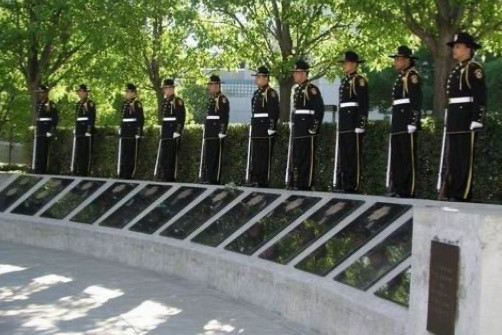 On May 11, 2022, the Annual Solano County Police Memorial was held in front of the Solano County Sheriff's Office in Fairfield. As members of law enforcement and the public gathered and lined Union Street, another wonderful tribute to officers killed in the line of duty in Solano County was brilliantly presented. Many were in attendance, including our extended family of Jim Capoot. Jim’s grandchildren (whom he never met) helped place flowers on the memorial plaques mounted to the granite slabs. Five Vallejo Police Officers adorn the memorial for their sacrifice to the citizens of Vallejo and their pledge to serve and protect.

We ask that you remember the sacrifice of all police officers killed in the line of duty during the remainder of National Police Memorial Week.