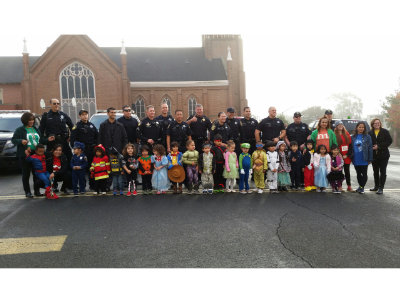 "St. Vincent Ferrer School officially raised the flag on its new 17-foot aluminium pole on Monday to the delight of costumed kids and staff.

Spearheaded by advanced mathematics instructor Gary Salvadori and sponsored by the Vallejo Police Officers Association and a handful of partners, the early morning ceremony acknowledged the new mounted flag pole.

Previously, the school had a pole holder like one finds at residences that wasn’t up to snuff, said Salvadori, adding that the flagpole in front of the school was so close to electrical wires, PG&E banned an actual flag from being raised on it." 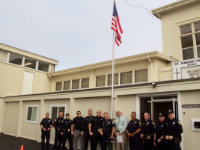 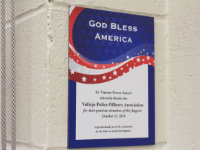 Remembering Our Fallen
VPOA has endorsed Landis Graden for Mayor