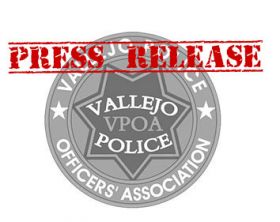 On March 22, 2014, at 4:28 P.M., Operation Safe Net Officers were patrolling the area of the 200 block of Arkansas due to complaints of drug sales. Officers attempted to contact Anthony Pratt. Pratt ran on foot from the Officers, jumping several fences during his escape. Officers set up a perimeter around the area and began searching for Pratt.

During the search, a female victim flagged down an Officer and reported Pratt had entered her home in the 200 block of Arkansas and held her against her will. The female victim attempted to escape, but Pratt held her around her neck and held his hand over her mouth. Pratt then fled from the residence and hid in a nearby apartment. Officer eventually located Pratt and took him into custody without further incident. The victim identified Pratt as the suspect who held her in her house.

Pratt was booked into the Solano County Jail for a parole violation, false imprisonment, assault with a deadly weapon and trespassing.