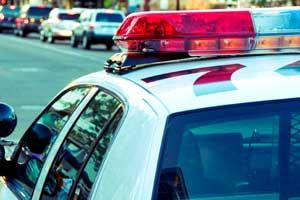 The CHP officers were not injured.

The incident began at 12:51 a.m. when Vallejo police received a request for help from the Solano County California Highway Patrol.

A highway patrol unit had made a traffic stop of a gray Buick Park Avenue on the street north of the Chevron station at 199 Lincoln Road West just west of the westbound Interstate 80 Magazine Street off ramp.

The driver of the Buick fled as officers were trying to detain him. After a short pursuit, the suspect evaded the officers and the two highway patrol officers returned to the Buick to talk to a passenger.

As they contacted the passenger, the CHP officers heard five to six gunshots fired in their direction, police reported. The officers heard the rounds passing by them in close proximity and striking a dirt berm behind them on the Magazine Street/I-80 over crossing.

Vallejo and American Canyon police officers and Solano County Sheriff deputies joined the highway patrol officers in setting up a a perimeter in the surrounding area. They conducted an extensive search but could not find the suspect.

The driver of the Buick, Derrian Williams, 25, of Vallejo was found at a house in the 1000 block of Fifth Street. With Vallejo's assistance, the highway patrol arrested Williams on suspicion of resisting arrest and traffic violations.

He was determined not to be involved in the assault on the CHP officers, according to the VPD press release.